​LiN-Lagerung in Neutralstellung (engl.: positioning in neutral) was started in 1999. It is a registered trade mark and therefore called LiN in every language. Since 2001 there have been several clinical investigations. The first one was an observational study. 95 patients with central nervous system lesion were positioned either in supine, 30° side lying, 90° side lying or sitting in bed. Outcome parameters were passive range of motion (PROM) of the hips, oxygen saturation and breathing frequency. Measurements were taken directly before being positioned in LIN and directly afterwards. 58 of these patients and 20 healthy controls were measured before, directly after and one hour after positioning. The PROM increased directly after positioning and again after an hour. Oxygene saturation didn’t change, the breathing frequency decreased directly after positioning and returned to the initial value. Results have been presented on the poster presentation of the annual meeting of the Deutsche Gesellschaft für Neurologie (engl.: German Association for Neurology [DGN]; available only in German

In 2008 a randomised controlled pilot study was conducted in the clinic for neurology / St. Barbara Hospital, Gladbeck . 12 patients suffering from acute stroke were included. LiN was compared to conventional positioning (CON). Outcome parameters were passive range of motion of the hips and shoulders, comfort and breathing frequency, heart rate and blood pressure. Measurements were taken directly before and after two hours of lying in the respective concept. Due to the small sample size there was no difference between the groups after intervention. On the base of the results sample size calculation for a controlled trial could be carried out. 106 patients per group were calculated as a required sample size. The trial is published as the Masterthesis of H. Pickenbrock. (Abstract)

October 2010 the LiN-Arge started a controlled, blinded, randomized trial, ending the inclusion of the patients in October 2012. 454 patients were screened for eligibility, 218 patients underwent randomization and all were assigned to either LiN or CON. The same outcome parameters were chosen as in the pilot study: passive range of motion (PROM) of the hips and shoulders, comfort, blood pressure, heart rate and breathing frequency (German Clinical Trial Register) Results have been presented on the poster presentation session of the World Congress of Neurorehabilitation in Istanbul

and on the ''Stroke II session'' during the European Congress of Physical Medicine and Rehabilitation.
The results about PROM and comfort are published in the "Deutsches Ärzteblatt". (Pickenbrock H, Ludwig VU, Zapf A, Dressler D: Conventional versus neutral positioning in central neurological disease—a multicenter randomized controlled trial. Dtsch Arztebl Int 2015; (3) 112:35-42).​

The results about the vital parameters were published in the Journal of Clinical Nursing. (Pickenbrock H, Zapf A, Dressler D: Effects of therapeutic positioning on vital parameters in patients with central neurological disorders: a randomized controlled trial. J clin nurs. doi: 10.1111/jocn.12990.) 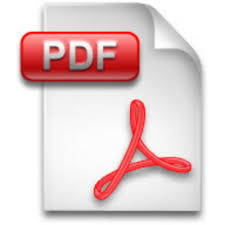 Recently, we examinded the pressure distribution of 4 health subjects who have been positioned in LiN and CON during supine position, 30°- and 90°- side lying. LiN showed on average a smaller surface with measurable pressure. The areas of low and of high pressure were both smaller in LiN as compared to CON. In addition to the therapeutic effects of LiN, these results indicate that this positioning concept is also suitable for pressure ulcer prophylaxis.