The Scandinavian LiN Group is expanding 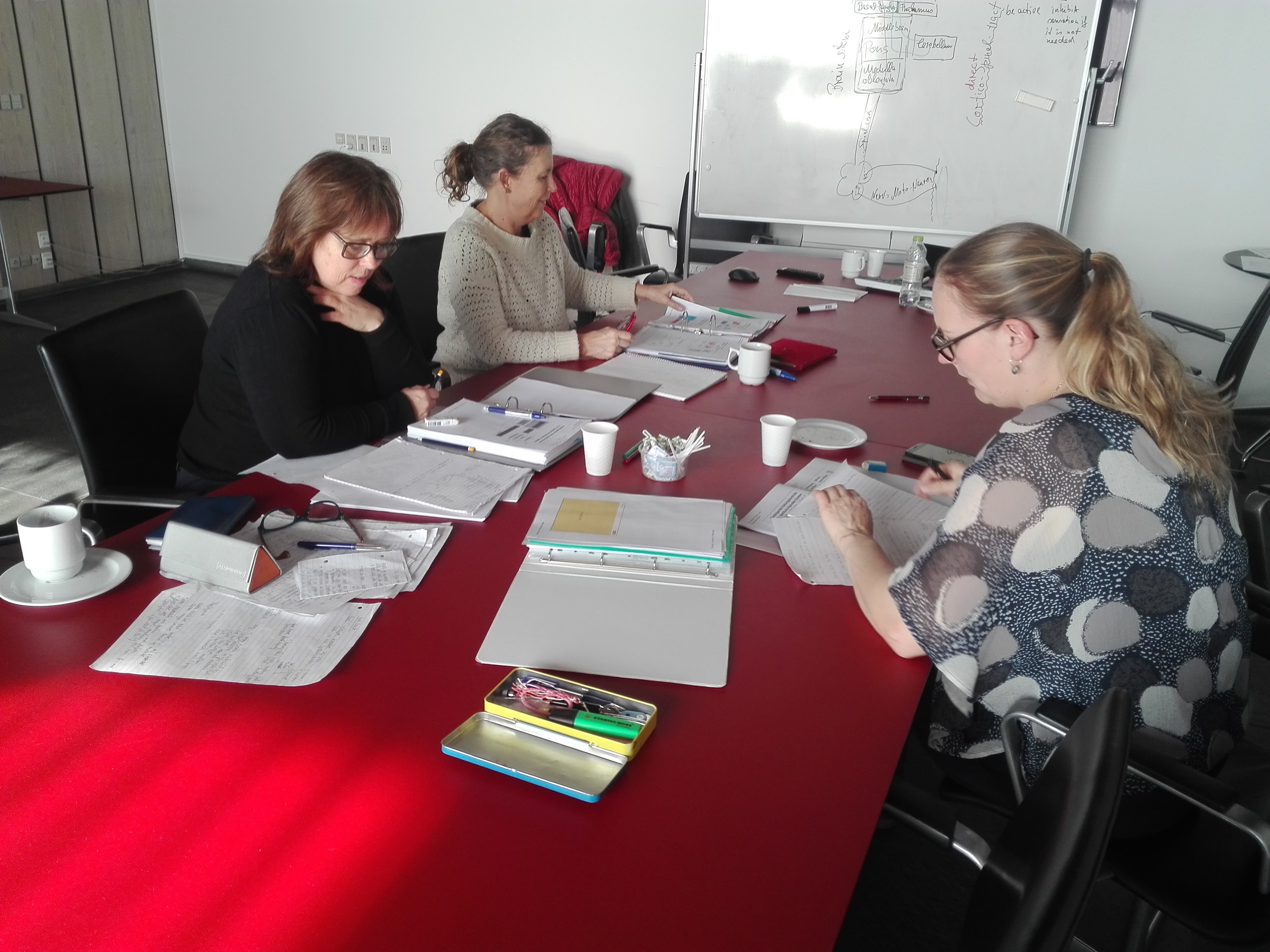 Highly concentrated Gitte Rassmussen, Karin Loje-Nielsen and Wendy Martin (from left) are working on the neurophysiology and muscle physiology module.

In preparation for the enlargement of the early rehabilitation wards, the Hvidovre Hospital in Copenhagen supports the training of Gitte Rassmussen and Karin Loje-Nielsen. Both began the education as LiN trainers at the end of last year. As they speak fluently English, but the German knowledge is not sufficient for a module visit in Germany, a special training mode had to be found. It was decided in advance that Module II (didactics) and Module III (neuro- and muscle physiology) would be held in Denmark.

Dr. Heidrun Pickenbrock gladly accepted the invitation to lead the modules on site. Wendy Martin also took the opportunity to participate in the module as she is the mentor of the trainees. This was a particular challenge for her because she also took care of her 2-months-old daughter.

Due to the small number of participants, it was planned to work on the usual 1.5 day contents of the didactics, neurophysiology and muscle physiology modules within one day. This was achieved as all three had been prepared very carefully.

In the future, the Scandinavian Arge members will be in Germany every 1.5 years for Module I - the practice module. Here so much practical work is done that the exchange in German/English and on the basis of the practical work has already turned out to be problem-free in earlier years. 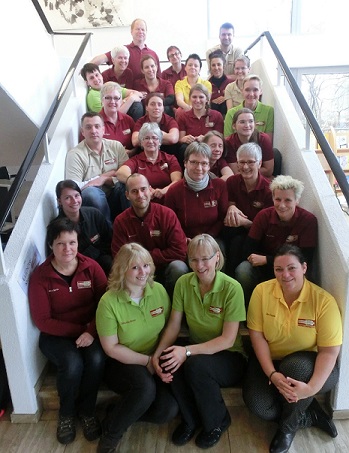 In 2015 the second meeting of the LiN - Arge took place at the Hegau-Jugendwerk Gailingen. The clinic encompasses a neurological hospital and rehabilitation centre offering comprehensive rehabilitation services and care for children, adolescents and young adults with diseases, trauma or disorders of the central and/or peripheral nervous systems. 22 trainers and assistants met to enhance their knowledge and skills. The main subject was neuro- and muscle physiology.

01.10.2015 Effects of LiN and CON on vital parameters are published now

The Journal of Clinical Nursing epublished now the article about the the effect of positoning on vital parameters. As expected heart rate, blood pressure and breathing frequency did not change when patients were positioned in either LiN - Lagerung in Neutralstellung or Conventional Positioning. Please contact H. Pickenbrock if you are interested in the article.

The Fürst Donnersmarck-Foundation in Berlin runs institutions for the rehabilitation and support of people with physical and multiple disabilities. At the same time it has also set itself the goal of supporting research work in the field of rehabilitation.In 2006, to mark the foundation‘s 90th anniversary, it established a research prize in the field of rehabilitation. November 20 2015, the prize was awarded for the fourth time. H. Pickenbrock received a commendation for her research about LiN - Lagerung in Neutralstellung.

During the last weekend of March 2015 one of the two annual training modules took place in the clinical centre of Bremen-East. Almost 30 trainers and assistants met to enhance their skills and competence of positioning. Modules have the purpose to teach the assistants in order to become a trainer and to give the trainers the possibility to update their knowledge. We practiced to position each other. Furthermore we were able to train together with 10 severely disabled patients on the early rehab ward.

The main subject of the annual general meeting was the election of the board. H. Pickenbrock, D. Krasser, E. Beck and J. Martin are continuing to serve as president, secretary, treasurer and member at large. A. Hartnick has been newly elected as vice president, C. Dieckmann as member at large.

Just in time for the turn of the year 2014/15 we uploaded our new website. With the support of the IT programmer Daniel Döppner and the designer Janina Sitzmann we created a completely new appearance. Furthermore we are now providing most of the information in English. Sylvia Willax and Dr. Heinz-Dieter Oelmann contributed with professional pictures. Please use the link on their names to view more of their photographes.

In January 2015, the "Deutsches Ärzteblatt International" published the article: "Conventional versus neutral positioning in central neurological disease - a multicentre randomized trial". The article is available in English and in German (Dtsch Arztebl Int 2015; 112(3): 35-42.)
It is introduced by the editorial  will "How ecivence based is the positioning of patients with neurological illness" written by Prof. Dr. med. J. Liepert. On the evidence of the study - as there were no side effects - he ​now recommends the use of LiN®  for patients with lesions of the central nervous  system who are severely disabled.